A few years ago, the preschoolers of Kindy School have had the luck to exchange with children in a Nepalese school. Those exchanges began in 2008 and we have already sent a lot of creations: a presentation of our school, the children, our daily life, the fauna and flora of New Caledonia…

Those creations have been realized in French and English which gave the children of Kindy School the opportunity to work toward a concrete goal and to discover a whole new aspect of the world, not only geographically but also culturally and humanly speaking. In exchange, the work of the Nepalese pupils was really interesting and moving.

In 2009, the field trip of the MS to Dumbea had for theme “Dumbea… altitude 8,848 meters”. We worked on the mountain reliefs of Nepal, we presented the work of the Nepalese pupils and we gave the children a traditional Nepalese gift. 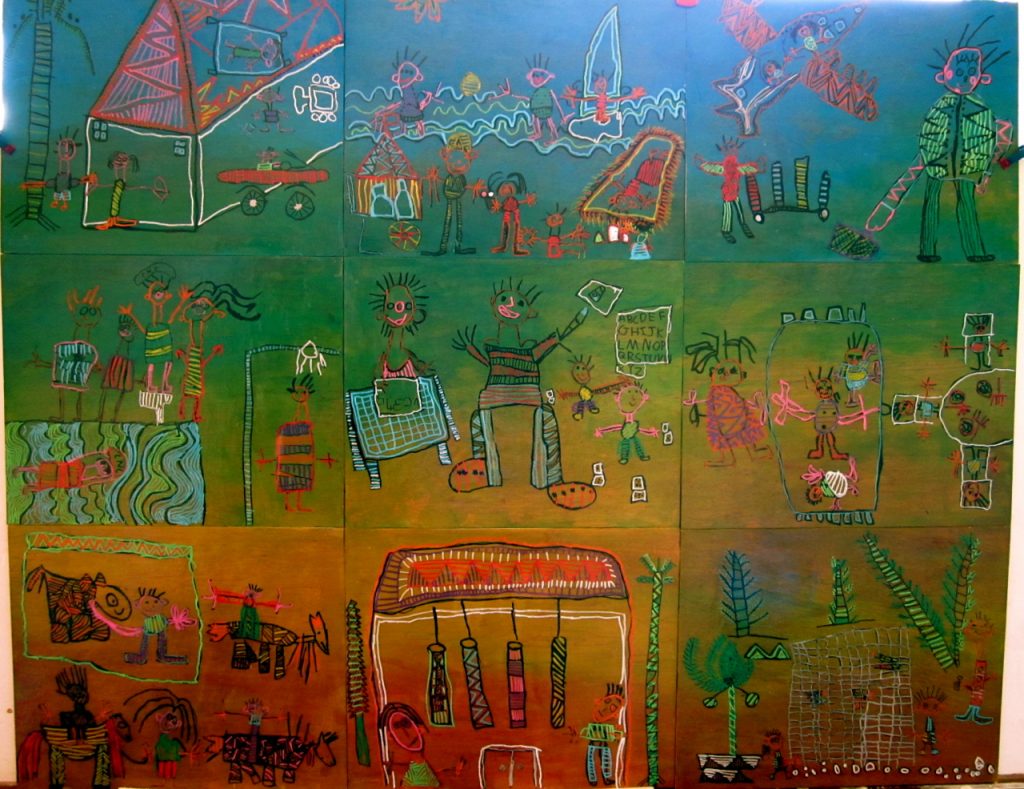 In 2010, the children of GS created all together a gigantic mural that could be disassembled. This mural represented the children’s daily life using traditional Melanesian artistic techniques called “carved bamboo”. An explicative booklet in English was created and sent with this art piece.

In 2012, we sent different things: a giant puzzle created by the PS and MS, and the work produced during the GS’s field trip regarding the different natural environments along with a booklet relating this field trip.

Beyond those exchanges, we wanted to commit a little bit more to the children in Kathmandu. Thanks to the parents and our financial partners, we have been able to set up an entire scientific laboratory for the secondary school students.

Finally, we sponsored a young Nepalese student to give her the opportunity to go to school. In 2016, she graduated from high school.